skip to main | skip to sidebar

Inaugural Golf & Gala for the Rushman-Micah Angel Foundation - EasyBlog
Posted by In The Spirit Coaching LLC at 2:31 PM 1 comment: 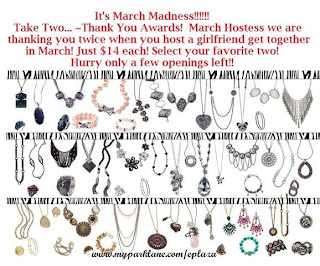 It is March Madness time at ParkLane and Elba Plaza has many special offers happening this month only. 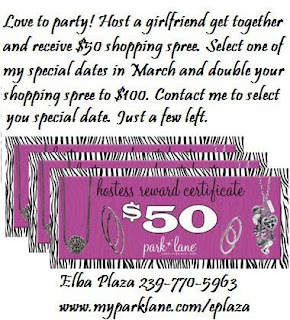 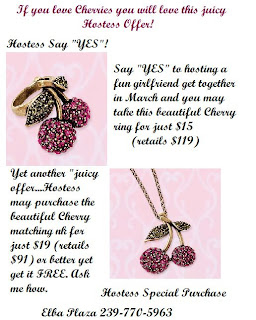 If you love Cherries you will LOVE this juicy offer for March Hostesses! 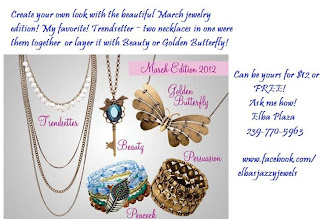 Many other special offers ...

Host a Girlfriend get together
to take advantage of all these
March Madness offers... 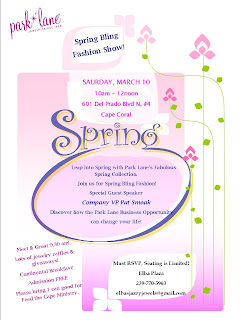 An exciting girls morning out.

Asking for donation of 1 canned good to benefit Feed the Cape Campaign.

Elba's Jazzy Jewels on Facebook
Posted by In The Spirit Coaching LLC at 9:09 AM No comments: 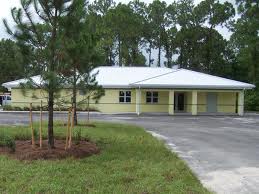 The Suncoast Neighborhood Taskforce works to assure that Suncoast Estates is safe, secure community in which to live and that residents have a voice in decisions which will affect their quality of life.

They provide many programs,projects, events, including a food pantry to assist those who live in the Suncoast Estates area.

Posted by In The Spirit Coaching LLC at 2:19 PM 1 comment:

From Detention to Prevention Needs Your Help 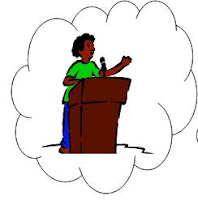 Remembering back to 1991 when my son decided to ‘feel his cheerios’, a thought came to mind that I should document everything that would happen because one day I would write a book….(sure I would).

As the emotional experiences took place over 12 years, I would relieve the emotional pain by journaling words onto paper as if it would, perhaps, remove them from my mind.

As the years passed, the traumatic experiences became worse, and I continued to write my heart out on paper. Then one day…it all came to an end...physically, anyhow.

In the years 1998 and 2000 I tried to transcribe some of  the words into a story, but the pain of reliving the past was overbearing, thus stopping the impending enlightenment of a tragic period in life.

Time goes on and the nagging to write this book became so prominent that one morning in January 2011 I awakened to the epiphany that it was now time, and it was time, indeed.

As the storybook came into fruition, it took on a new light as a ‘feature story’ on local television in September 2011 and so this journey began….my vision to use Chad’s legacy to help prevent or discourage at-risk youths, youthful offenders  and young adults from using drugs and/or going to prison.
The Mission:
Although I have spoken to the youths in SW FL Juvenile Detention Centers since 1996, I remember thinking that I had to do more than just speak because when they were released, they went back to the same situations. On 10/3/2011 I shared my recent vision with the kids in attendance and asked them to sign up without even knowing what was going to transpire. Of 35 kids, 3 became members. On November 3, 2011 2 youths presented their stories and their self-written rap songs to the Juvenile Justice Center for the first time…….and they were a big hit! The holidays went by and I visited Youth #3. He told his story and rap to the Lehigh Kiwanis on February 22, 2012 and spoke as if he had been speaking all his life! A local Christian Rapper, Adam Bomb, joined our group and shared his self-written song with the audience and became an instant star! He will be a Mentor for the kids as well having a story to tell about his prior life.

The Vision:
Everyday something new comes to my mind for these kids. Currently I am working with a Lieutenant from the Sheriff’s Department to create a program similar to “scared straight’ called “Last Chance Hotel”.

Another program is “Trauma 4-Real” and will allow the kids to meet people who have suffered trauma from gunshots, DUI victims, etc., and they can find out what REALLY happens when situations like this occur, and the aftereffects such as the long rode to healing, if you ever heal! And this group welcomed my kids with open arms and such love!!!

“Chad’s Dream House” has been created in my mind for over 20 years (but I thought it was MY house) and is a 2-story recreational facility just for youths (13 and up), older youths and young adults. This building will be built somewhere in Lehigh Acres and the grounds will have a BBQ pit with concrete pavilion, an outside shower/cooling off area, basketball court and soccer field.
The first floor houses the kitchen and dining room with a stage, and the second floor is for amusement games, pool tables, etc. on one side and a wall-to-wall sectional couch with large tv on the other side.

The kids will maintain all aspects including laundry, cleaning, gardening, cooking, etc. and will be learning life skills at the same time. They will have a democracy in which to resolve ‘issues’ with people/situations who do not abide by the rules and will decide what to do about it/them with respect and grace.

Help:
If it were possible I’d like to have one Mentor for every child. If a child wants to learn music, perhaps a retired music teacher would become his/her sponsor and teach them the instrument of their choice while getting the actual instrument donated.

And we could have vans with volunteers to pickup kids on a scheduled route because the kids have no way of getting there and no money for buses.

We would have ‘shows’ like Glee and plays to be presented to parents and the interested community.

We would cook meals and feed the community and parents, and our pay would be simply compliments!!!

They would learn to feel good because they have done something positive, and how wonderful that kind of “high” is!

They would earn/receive respect from the community, parents and each other.
At this time we need organizations, churches, etc. for the members to speak to, more teens and young adults to become members and eventually Mentors, and help from the community in the form of monetary donations for fuel, office supplies such as copy paper, arts and crafts supplies, more t-shirts and postage stamps. So far I have personally paid for everything.

Posted by In The Spirit Coaching LLC at 9:00 AM 1 comment:

What's Up SWFL is all about what is going on in SWFL from community events to local businesses and their services, products and specials to non profits and articles about and by local business owners.

If you have an event you would like posted here, please email event information to whatsupswfl@aol.com

You can also hear all about Whats Up in SWFL by going to www.blogtalkradio.com/whatsupswfl and choose from a wide variety of programs. The Community Corner, Spotlight On and SWFL Highlight.

Be sure to visit our website at www.whatsupswfl.net for more of what is happening in SWFL!

To Listen to SWFL Happenings 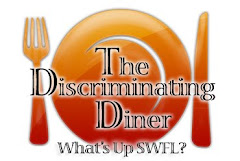 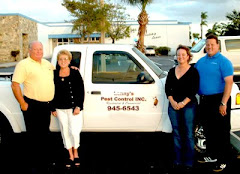 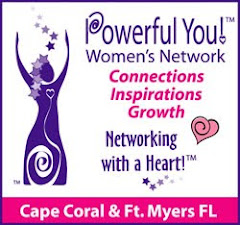